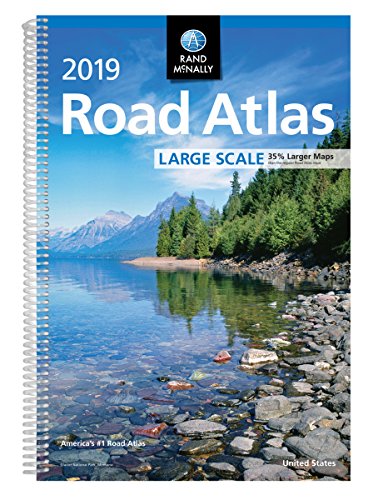 I’m a GPS-addict. I’ll admit it. Ever since I started driving I’ve made sure to keep at least two GPS units on hand. I pretty much absolutely refuse to drive somewhere new without a GPS. In a weird way, it feels like the IRL equivalent on a video game’s mini map. It just makes life easier.

Nonetheless, anything can happen. That’s why keeping a physical road map on hand is worth keeping around. Since you’re unlikely to use it, isn’t worth spending a ton of money on it. This is just a budget high quality option to be able to keep on hand with emergencies. That way I can keep pathologically using my GPS units without guilt. 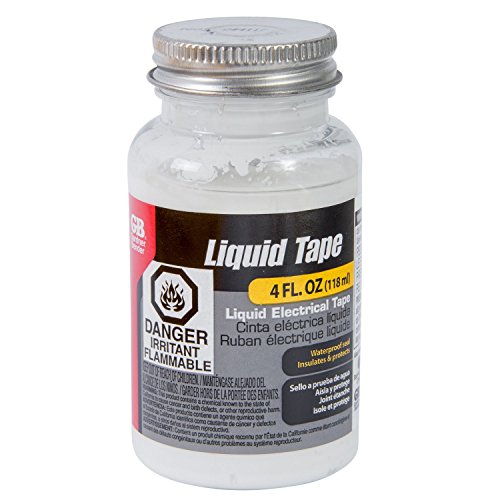 Electrical issues on vehicles are complicated enough to diagnose without having to worry about wire corrosion issues. Whenever I splice bare wires, besides heatshrinking, if it’s exposed enough and I have the time, I’ll coat it with liquid electrical tape. It helps keep the moisture out while providing protection against short circuits. To boot, it’s relatively cheap and easy enough to apply. I don’t see a reason to not keep some in my toolbox.

Few things can ruin your day as much as a muted “click” when you hit your motorcycle’s starter button. But like with so many consumable maintenance-related parts, it’s a matter of “when” and not “if”.

If that’s your scenario, the first thing to do is pop it on your battery charger to make sure it’s fully brought up to the right voltage.  After that, with some luck you’re on your merry way. But more often than we’d like, batteries get permanently damaged after a deep discharge. Which basically means you might be in the market for a new battery sooner than you’d care for.

If you’re a 2009 to 2019 Suzuki TU250x rider, then the battery you’re looking for is size YTX7L-BS. Roughly speaking, it’ll measure 12″ x 4. 45″ x  2. 76″. As far as specs, it’s a 12v lead-acid AGM (Absorbed Glass Mat) unit. While there’s sometimes a difference between battery qualities, with today’s prices and rebranded batteries, I’d personally recommend the cheapest unit with good feedback. And as of mid 2019, one of the best candidates worth checking out for the TU250X is the Mighty Max YTX7L-BS 12V 6AH Sealed AGM Battery. It’s a drop-in replacement, so finger’s crossed that you’ll be back on the road in no time! 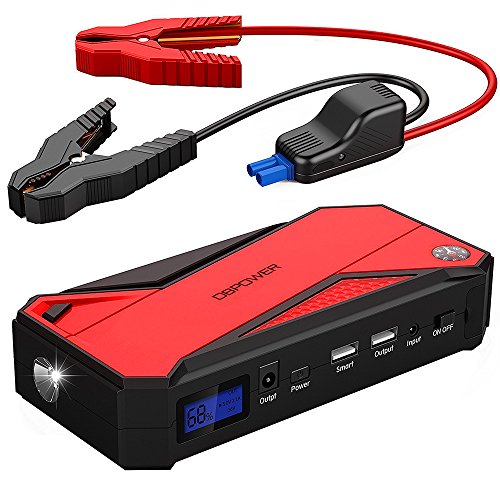 Another must-have for any car owner. Regardless of it being this unit or any other one, every household should keep a portable lithium jump-starter nearby. A single tow truck visit in the early morning will easily cover the cost of a jump starter.

However, the issue with these units is that the batteries tend to be cheap and mass-produced – and have a corresponding life-span. I’ve had a bunch of jump starter. They’ve all worked great… until they didn’t. That’s why the last time I needed one I chose this model. The DBPOWER 600A 18000mAh Portable Car Jump Starter has a 3 year warranty and good reviews making it one of the best options on the market. Arguably, the most important part is the long warranty just in case the lithium batteries let the smoke out. The fact that it has a very high current capacity and includes a bunch of accessories make things even better. You can even charge some laptops on it!

Some bikes run hot. In other cases, the issue is stop-and-go traffic. Others just want to run their bike hard. If you’re looking for a way to reduce engine temperatures, the best method is actually using distilled water instead of antifreeze. However’s there’s a problem with that. It provides zero corrosion protection and doesn’t help much with water pump lubrication, either.

If you’re looking for an additive to add to distilled water which will protect the refrigeration circuit while simultaneously providing the lowest temperatures, Water Wetter from Red Line does a pretty good job. Plenty of racers and riders around the world use it. 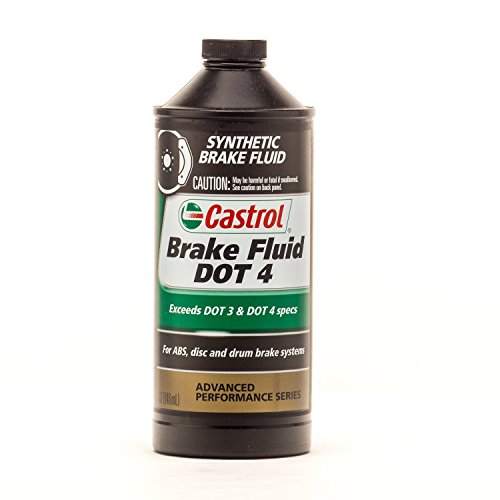 Out of all the easy-to-do routine maintenance jobs, changing brake fluid is one of the most ignored ones. That despite the task being cheap and relatively quick to take care of. When it is done, using a quality brake fluid is important. Once of the benefits of Castrol’s DOT 4 Brake fluid, besides it being DOT 3 and 4 compatible, is that it will outlast other brake fluids. This in part thanks to its aversion to water, making it less likely to suffer in high humidity areas. 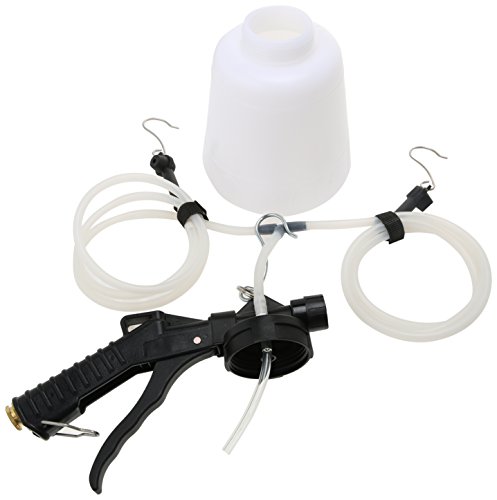 Bleeding, draining or flushing brake fluid on a modern vehicle can be difficult on modern vehicles, as not always does the brake pedal directly actuate the master cylinder. On vehicles where that is the case, including both cars and motorcycles, a Pneumatic Brake Bleeder Kit can make the job a lot easier. Especially those with ABS systems with complicating brake fluid lines can make the job otherwise extremely difficult.

It works with most compressors. Should a compressor not be available, Manual Brake Fluid Bleeders are also an equally valid option. 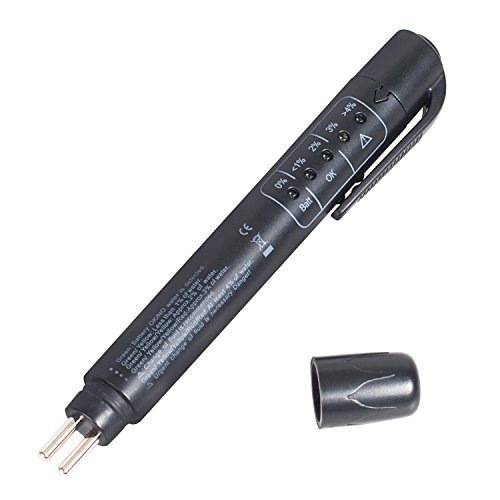 One potential reason why brake fluid is so often ignored is because it would seemingly be difficult to recognize when it needs changing. Even when it does. Brake fluid is subject to extreme heat, which will degrade it over time. The fact that there is very little brake fluid to begin with does not make the matter better.

However brake fluid’s main failure point, and the factor which should most be taken into account for brake fluid changes, is its absorbed humidity. Brake fluid is very hygroscopic – it absorbs water. Whenever it absorbs over a few percentage points of water, a sponge brake pedal or lever sets in under use. With a Brake Fluid Tester it’s a lot easier to objectively test the brake fluid on a periodic basis, in order to change only when required. The fact that testing only takes a few seconds and the tool is cheap only makes it more worthwhile. 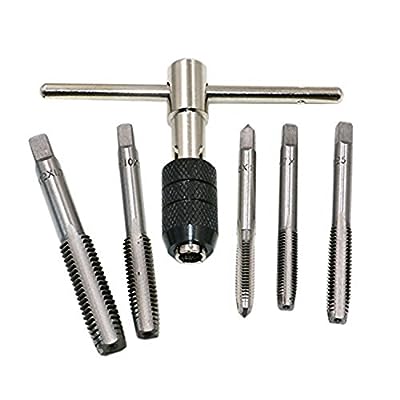 Sometimes all you need is a cheap tool to get the job done. While there’s no disputing that a 200$ set of nitride-coated taps and dies might be more ideal, not everyone can justify one. If all you need is to clean or resize a thread, this 6 Piece Metric Tap Set will do the job just fine.

The Ridge Outdoors Weapon Holster for Packin T-Shirt has been designed to enhance your already amazing Packin Tee. It’s velcro backing allows quick and easy installation, with other types, sizes and colors available.

Support creators! A bit of motivation to keep creating content always helps! Consider making a donation to give a hand with the website’s upkeep. As an alternative, by purchasing items through any affiliate advertising links included, you can help me via a small referral fee at no extra cost whatsoever to you. For more info, click here.